I’m one of those guys that athletes and coaches would call naturally athletic, which is great when you’re young, but doesn’t mean much when you’re no longer in the game. Having an athletic lifestyle my entire life, I quickly discovered that after 50, you work a lot harder for less results and you’re happy to do it just to still compete.  When I was in college, the personal training craze was just beginning. I liked working out so much that I became one and that was how I put myself through school. After 35 years in the gym, I was bored, lacked desire and lacked inspiration. Thankfully at age 50, I discovered snow skiing. It became my new passion!  I couldn’t get enough of it so much so that I wanted to make sure I was in fighting condition when I was on the slopes. At 51, I joined the Master’s Race Ski Team where we ski 6 days a week, 6 hours per day. I’m naturally competitive and found that my competition had skied their entire lives literally! It was a daunting task to even keep up with them. However, I thought to myself, “they may be better skiers, but I am a natural athlete and I know I can out condition them.”

That’s where Ken came in. I signed up for a few training sessions initially with him and after the first lesson, there was an immediate connection. I knew he could push me to a level I could not push myself to on my own. Ken had passion, desire, and so much knowledge, I was blown away at the breadth and depth of his knowledge.  And since he was a young athlete, I knew he knew what I was looking for. We talked about what my goals were and he put together a plan for us to achieve them. I told him that I wanted to condition myself before ski season and then I’d like to transition into a 50 something year old with a beach body. At this age, you can’t physically compete with the 20 and 30 year olds, but you can definitely make them appreciate an older athlete. Ken gave me the tools to workout at the highest level. Through our explosive calorie burning workouts, he made me stronger, faster, more stable, and most importantly, better than my competition on the slopes. Together, Ken and I were able to cut my already low body fat down from 10% to 6%. He is the best personal trainer I have ever worked with on every level and Ken will definitely whip you into shape!. All it takes is Ken and desire!  Best of luck to everyone who makes the correct decision in choosing him over other personal trainers out there! 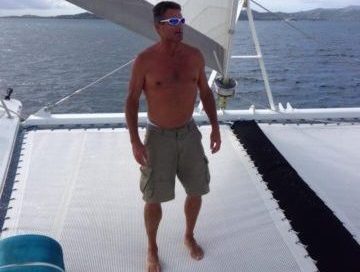